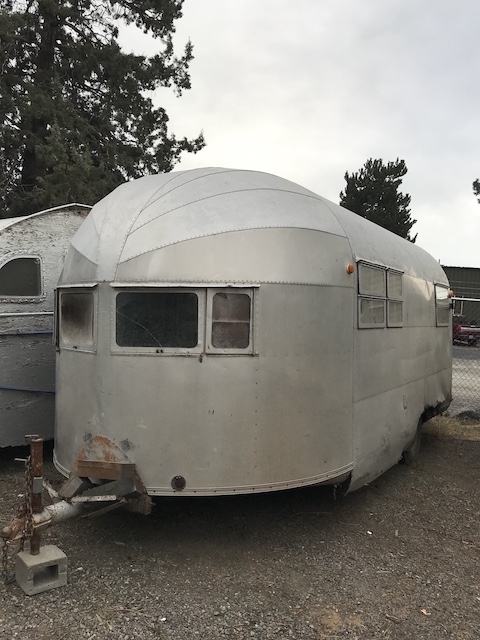 In the late 1920's Wally Byam started out printing magazines, one of which was a DIY with a contributed article for trailer plans. When readers said the trailer was impossible to build, he tested the printed plans himself. The readers were correct and instead of giving up, Wally went on to modify the plans building a trailer of his own. He soon found a market for his trailer builds and started manufacturing several models. The turning point in his career was when he bought out the remaining stock and tooling from the bankrupt Bowlus-Teller company where he had previously worked part-time as a salesman. Airstream was formally founded in 1936 and his first trailer was named the Clipper. During the war, Byam's Airstream plant closed and he took a job in the aircraft industry. After WWII, he was hired by Curtis Wright (not to be confused with the Curtiss-Wright aircraft company) to design a trailer. His design for Curtis Wright was also called the Clipper. Byam's time at Curtis Wright was brief and by 1948 he was able to resurrect Airstream. During the first few years of the revitalized Airstream brand, he ironically competed with his own Clipper design, now being produced by the Silver Streak Trailer Company.

This trailer is available for sale or for restoration. It is a rare and desirable model not only due to the historical value, but also it’s size. They are light weight and easy to tow. This Silver Streak Clipper is going to require a full restoration from the frame up. We are offering this trailer for sale AS-IS, it does not have to be restored by Flyte Camp. We recommend using Horizon or Uship for shipping options. It is located in Bend, Oregon. Please contact us if you would like to discuss the possibilities of restoring this unique trailer.