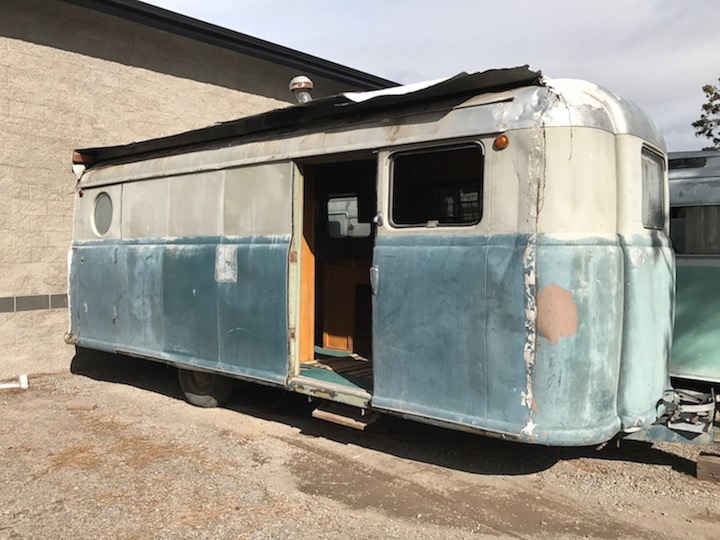 The Palace Travel Coach Corporation of Flint, Michigan began in the early 1930’s. Later it was simply called Palace Corp. By the end of the decade, they became the nation’s second largest producer of travel trailers. The Palace Travel Coach Corporation was the first to produce a coach with an all-metal roof in 1937. Thousands of Palace trailers were sold to the US Army during World War II for housing. The use of a round port window on the front door and the all steel body assembly are the most well known features of the Palace. The 1949 Palace Royale is unique due to it's curved aluminum panels and highly desired "trolley top" roof.

This trailer will need a full restoration and is missing the front door. We are offering this trailer for sale AS-IS, it does not have to be restored by Flyte Camp. We recommend using Horizon or Uship for shipping options. It is located in Bend, Oregon. Please contact us if you would like to discuss the possibilities of restoring this unique trailer.